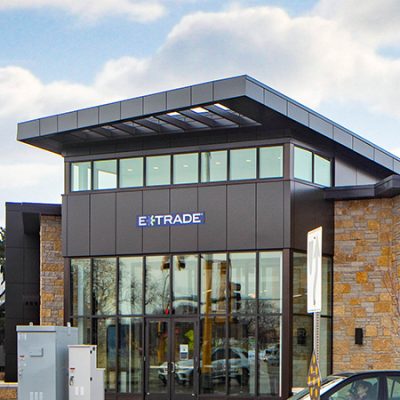 In 2019, the Twin Cities net lease retail market experienced a historic year, benefitting significantly from aggressive western U.S. capital. The Twin Cities saw an unprecedented number of buyers from the western United States who were willing to pay a premium above local buyers for quality net leased real estate.

New construction
No property type is more representative of this trend than the new construction, multi-tenant net lease pad segment. In 2019, there were only five multi-tenant net lease pad properties in the Twin Cities, which transacted above $6 million and at or below a 6.45 percent cap rate. Hanley Investment Group sold four out of the five (three to buyers from the West Coast).

For example, in Maple Grove, Hanley Investment Group arranged the sale of a two-tenant retail property occupied by Bank of America and CRAVE American Kitchen & Sushi Bar to an all-cash buyer based in Southern California. The newly constructed property, which was shadow anchored by Lunds & Byerlys at The Shoppes at Arbor Lakes, traded for $9.1 million, representing $831 per square foot. This sale is significant because it achieved a record cap rate of 5.66 percent and a record price per square foot for a multi-tenant pad property above $7 million for the entire Midwest.

Local scene
This influx of out-of-state capital has forced local investors to pay lower cap rates than in the past. A great example of this is the sale of the property at the corner of West 70th Street and France Avenue South in Edina. Hanley Investment Group procured a buyer from Denver for the sale of a new construction, 6,702-square-foot building on 0.62 acres occupied by E*Trade and Roti Modern Mediterranean restaurant located less than 10 miles from Minneapolis. The sales price was $8.2 million, representing a 6 percent cap rate and $1,230 per square foot.

In comparison, the TD Ameritrade and The Vitamin Shoppe on the same corner sold in 2013 to a Minnesotabased buyer at a 7.32 percent cap rate and $827 per square foot. The real estate fundamentals and rents were nearly identical, but the previous buyer pool was constrained to more local and regional investors, where now it has expanded to a more national audience.

In 2019, over 70 percent of Hanley Investment Group’s Twin Cities transactions were sold to buyers based in the western U.S. Why has the Twin Cities market become so attractive to out-of-state investors? Overall, the Twin Cities features strong demographics, high household income and job growth, and the most Fortune 500 companies by capita in the U.S. In the Minneapolis-St. Paul metropolitan area of 3.6 million people, there are 18 Fortune 500 corporate headquarters, including UnitedHealth Group (ranked sixth in terms of revenue in 2019), Target, Supervalu and 3M, to name a few.

Within the Twin Cities, there is also a diversity of markets, which makes it appealing to a wide variety of national retailers, quick-serve and sitdown restaurant chains and service providers. Because of tenant demand, there are more ground lease opportunities in the Twin Cities than markets like Kansas City or St. Louis, where some retailers unequivocally will not ground lease a property. You also see a tendency for tenants to agree to more landlord-friendly lease terms than in other comparable Midwest markets, such as full reimbursement for management fees, a longer primary lease term or roof/structure tenant responsibilities. These factors tend to make the investment more attractive to outof-state investors, which ultimately bring cap rates down.

The first and second quarters of 2020 should be similar to 2019, except the major difference will be a temporary lack of supply of quality real estate. Both land and building costs in the Twin Cities have increased, while rents have stayed relatively the same. Some developers appeared to have slowed down on new development when cap rates started to increase (back in 2018) making new projects difficult to “pencil.” This temporary lack of 2020 supply, coupled with low interest rates as well as an influx of aggressive out-of-state buyers, will keep cap rates historically low for the foreseeable future.