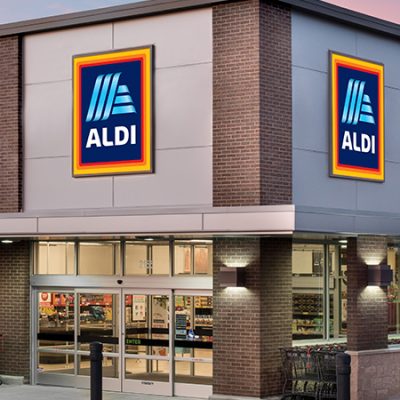 It Is a Seller’s Market for Discount Grocery Centers

Retail investment activity has returned as investors have unlocked the key to brick-and-mortar in the age of the Internet. As a result, grocery-anchored centers have become particularly popular among investors, especially in coastal markets along the West Coast. Now, discount grocers, are landing on investors’ radar. While institutional investors haven’t become active players in the discount grocer niche, private capital has—and it shows. Hanley Investment Group has recently sold several ALDI-anchored retail centers in Southern California, including the 84.368-square-foot La Verne Courtyard and the BevMo-co-anchored Friendly Hills Center.

“Discount grocers such as ALDI, Grocery Outlet, and Smart & Final are still an acquired taste for institutional capital, but the private investment market has fully embraced them,” Bill Asher, EVP at Hanley Investment Group, tells GlobeSt.com. “After opening their first batch of stores in March 2016 in Southern California over the last three years, ALDI has become a widely accepted grocery store in the region, mostly based on the value a customer gets for the money spent.”

The activity hasn’t been exclusive to retail centers. Single-tenant grocer stores have also performed well. “We recently sold a brand-new construction ALDI ground lease in San Jacinto, California for $3.2 million , which represents a 4.26% cap rate,” adds Asher. “The buyer was a 1031 exchange buyer based in Southern California. The sale marked the lowest cap rate for a single-tenant net-leased ALDI nationwide in 2018.”

In Southern California, the demand for this market segment has translated to seven ALDI sales in the last three years. These properties all had ground leases, with a 20-year lease attached, and sold to California-based buyers for an average $4.3 million and a 4.23% cap rate. “The data parallels the consistency of the single-tenant net-leased market in the last three to four years,” says Asher. “Overall average cap rates and pricing for the single-tenant net-leased market have remained stable with the category anticipated to experience the most velocity and demand compared to all other retail categories in 2019. Single-tenant investments leased to ALDI will continue to be in high demand and trade at premium pricing based on the company’s continued growth and momentum in the marketplace.”

While the Southern California market parallels the national market, cap rates are tighter. According to Co-Star, cap-rates have remained consistently in the mid-4% range for the last three years. From 2016 to 2018, there have been 18 total ALDI sales with an average cap rate of approximately 4.75%. As of now, there are seven properties on the market at an asking cap rate of 4.65%. “The interesting trend is that before 2018, single-tenant ALDI stores were predominately sold to local buyers,” Jeff Lefko, VP at Hanley, tells GlobeSt.com. “Between 2016 and 2017, 90% of the buyers were based in the same state as the property. However, in 2018, over 50% of all single-tenant ALDI transactions sold to California-based buyers. As ALDI has made its way into the western U.S., California buyers now understand ALDI’s concept and their success. This stat also shows a bigger trend that California buyers are more willing to purchase properties leased to tenants that have existing locations in California.”

These pricing trends have benefitted property owners, particularly in Los Angeles, Orange County and San Diego. “Assets with sustainable market rents with predictable incremental rent growth long-term are what both institutional and private investors continue to seek in today’s market,” says Asher. “Premium pricing will continue to be obtained for centers where grocers report top-tier sales. The demand for top-end grocers such as Whole Foods, Sprouts, and Trader Joe’s will remain at the top of investor’s shopping lists.”

As a company, ALDI is making its own efforts to capitalize on the demand for discount grocery. The company has invested $1.9 billion to remodel existing stores and has allocated $3.4 billion more to acquire 800 new locations in the next four years. “In certain cases, ALDI is strategically relocating from inline box locations to more visible and accessible pad locations,” says Lefko. “ALDI is also looking to capture the growing online grocery store market. The company is in the early stages of a partnership with Instacart, in just a handful of cities, the online grocery delivery company. Early indicators suggest that this growth potential is ‘overwhelmingly positive,’ according to ALDI’s U.S. CEO Jason Hart.”

In Southern California, ALDI stores have performed particularly well, driving pricing down at competing grocery stores. The market has been the catalyst for growth company-wide, and it is positioning for more expansion. “Southern California has been the pioneer for this company-wide transition and all signs point to it paying off,” says Lefko. “With an average footprint nearly one-fifth the size of a traditional supermarket, ALDI’s sales per square foot are extremely strong and unprecedented. At a company level, ALDI’s U.S. sales doubled between 2013 and 2018 and they expect sales to double again over the next five years. Real estate investor trepidation that ALDI might be the next Fresh & Easy in Southern California is behind us. ALDI’s plan to become the third largest U.S. grocer by store count (behind Walmart and Kroger) by 2022 is further proof ALDI is here to stay in Southern California and continuing to expand north in the Golden State.”