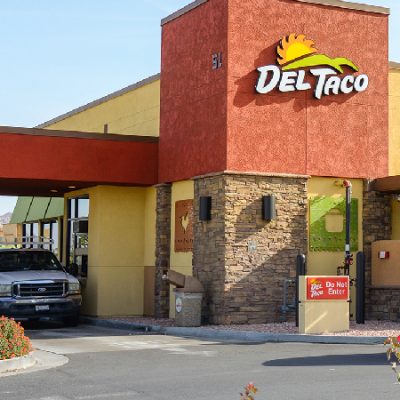 As coastal markets become  too hot for many single-tenant net-lease investors to gain a foothold, these investors have been expanding their radius to markets like the Inland Empire. But as the market gains more visibility, cap rates for these properties have compressed, and prices have heated up, reducing ROI in many cases. Corona del Mar, California ­based Hanley Investment Group (HIG) is a nationally recognized real estate brokerage and advisory firm specializing in retail property sales. In 18 months prior to August 2018, HIG was one of the most active brokerage companies in the sale of single-tenant and multi-tenant pads in California, including the Inland Empire. SoCal Real Estate spoke with HIG’s EVP Bill Asher and VP Jeff Lefko to discuss the rise of the single-tenant net-lease market in the Inland Empire, where they see it heading, and how investors should approach the market.

SOCAL RE: What do you see happening with sale prices and cap rates for single-tenant net-lease properties in the Inland Empire?

LEFKO: Cap rates for single-tenant net-leased retail properties on long-term leases in the Inland Empire have remained relatively consistent and actually compressed over the last 12 months, according to data from CoStar Group. Between August 2017 and July 2018, the average cap rate for net-leased single-tenant properties priced below $5 million on long-term leases (10 years or more) with national or franchise tenants was 4.86 percent. The average cap rate between August 2016 and July 2017, was 5.01 percent, marking a 3 percent compression. Transaction volume for single-tenant sales increased this year from 27 in 2016-17 to 34 in 2017-18 which translates to a 25 percent year-to-year increase. The rise in transaction velocity has been a combination of sellers being more decisive about their disposition strategies as well as an increase in the supply of new construction properties that were built to be sold.

ASHER: In both time frames, 2016-17 and 2017-18, Hanley Investment Group was responsible for achieving sales at record-low cap rates in the Inland Empire. In June 2018, Hanley Investment Group completed the sale of the new construction Coffee Bean and Tea Leaf in Rialto at a 3.80 percent cap rate, which represented one of the lowest cap rates ever for a single-tenant net-leased Coffee Bean and Tea Leaf in the United States. Hanley Investment Group also sold a Del Taco in Perris at a 4.07 percent cap rate earlier in the year. Both properties, which sold at 99 percent of the list price, serve as examples that pricing for single-tenant net-leased properties remains steady for well-located sites.

Although cap rates have compressed over the last 12 months, signs are pointing to pricing slowly softening in the next 6 to 12 months due to rising interest rates. It’s noteworthy in 2018 that overall sales cycles of single-tenant investments are taking longer than in previous years as buyers are proceeding with more caution and patience in their purchasing strategies.

SOCAL RE: Which factors are influencing what’s happening with these fundamentals?

ASHER: Rising interest rates will have the largest impact on future pricing. In the Federal Reserve’s most recent statement, US economic growth was characterized as “strong” for the first time since 2006. In the previous June statement, the economic growth was described as “rising at a solid rate.” The central bank revealed their intentions for two more rate increases this year (one in September and one in December). Since March 2018, the 10-year Treasury rate has fluctuated but stayed, for the most part, steady-going as low as 2.72 percent and as high as 3.11 percent. Borrowing costs have remained constant but the Federal Reserve’s view of economic strength is the major factor toward the upward pressure on future retail cap rates.

LEFKO: On a more general level, investors are continuing to be attracted to internet-resistant, daily needs retail that cannot be replicated or replaced by e-commerce. Daily needs retail is not as threatened as was perceived last year. Internet sales are enhancing total sales for daily needs retailers and not threatening them. Cap rates have compressed for single-tenant net-leased properties with a service-based national tenant.

SOCAL RE: Where do you see sale prices and cap rates heading in this market for this product type over the next year or two?

LEFKO: Large single-tenant properties and multi-tenant net-leased properties that are more dependent on financing will see cap rates start to slowly increase over the next two years. This will have the biggest impact on net-lease developers who are already facing the challenge of escalating land values coupled with all-time high constructions costs. It has become more difficult for a developer to make new projects pencil. Over the last year, developers of multi-tenant retail have exercised more caution when looking at potential development opportunities which could have an impact on the future supply of new-construction multi-tenant retail.

SOCAL RE: How should investors in these properties approach the market, especially since it’s so competitive?

LEFKO: Upon finding a property that matches their criteria, a prospective buyer needs to be ready to move quickly with an offer that has a timely contingency period. Many single-tenant net-leased properties are being marketed before the tenant is even open for business. Prospective buyers need to be open to structuring a rent credit or holdback for properties where the tenant is not open for business or even a scenario where the property is still under construction. Many developers are exploring pre-selling properties with a forward commitment from a buyer. This can create a win/win solution as the seller is able to mitigate the cap rate risk by locking in a non-contingent offer ahead of the completion of construction, while the buyer can enjoy a better than market cap rate for taking the risk that they would have already incurred if it was a traditional sale.

ASHER: The majority of the single-tenant net-leased transactions under $5 million do not have a financing contingency. Prospective buyers that do need to obtain third-party financing should be organized and have a lender already selected before submitting a letter of intent so that they can be competitive with other potential buyers that do not have financing contingencies or are prepared to transact all-cash.

SOCAL RE: What else should our readers know about this topic?

LEFKO: The Inland Empire has continued to be a top performing market in the United States experiencing the fastest job growth rate in California with over 425,000 new jobs since 2011 including 44,700 new jobs between Q2 2017 and Q2 2018 (C&W MarketBeat Q2 2018). As e-commerce continues to grow at a national level, so too does the Inland Empire’s industrial hubs and logistic warehouses that benefit from the proximity to major urban cities. The Inland Empire has over 20 million square feet of industrial space under construction and a market vacancy of only 4.1 percent, which is significantly below the national average of approximately 7.4 percent. The ports of Los Angeles and Long Beach are experiencing record freight volumes which have fueled an increase of trade and transportation-related jobs in the Inland Empire. The Inland Empire’s 2017 job growth rate of 3.49 percent outpaced California’s urban and tech regions including Los Angeles, Orange County, and Silicon Valley, which historically have experienced the largest job gains when the economy is growing.

ASHER: With job creation comes an increase in demand in the local housing market. In a market that has previously experienced little housing growth, median prices for single-family homes in the Inland Empire grew by 9 percent between 2016 and 2017, a level faster than San Diego County (7.8 percent), Los Angeles County (6.6 percent), and Orange County (6.4 percent) (UCR Today). Home developers have the expectation that the housing market will see consistent growth in the foreseeable future. One example is Brookfield Residential’s focus on New Haven, a 2,200-home community that is part of the Ontario Ranch Master Plan. New Haven ranked sixth in the entire state of California in sales of masterplan homes with 214 closings (July 2018 RCLCO Survey) of which half were sold to millennials.

In conclusion, as the retail investment market transitions in 2018, investors will continue to seek high-quality single-tenant net-leased retail properties that offer more security, better yields and minimum management that is offered by corporate guaranteed, triple-net leases, and occupied by a national credit tenant like a fast-food restaurant, coffee or financial institution. We expect that the demand for these types of assets that provide long-term cash flow with relatively low risk to remain strong through 2018, specifically in the Inland Empire. As Los Angeles and Orange County markets remain tight on pricing and inventory, the Inland Empire will continue to be a highly viable alternative due to its rapidly increasing improvement of macroeconomic fundamentals.