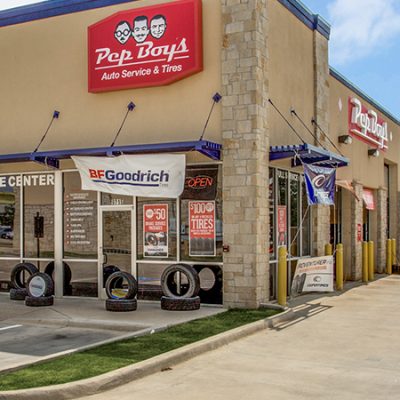 In Frisco, Texas, Hanley Investment Group’s Executive Vice President Eric Wohl and Associate Andrew Cunningham, CCIM, arranged the sale of a single-tenant Pep Boys. Built in 2008 on a 0.90-acre outparcel to Lowe’s, the 3,780-square-foot building is located at 9215 Warren Parkway, adjacent to Stonebriar Centre. The five-mile trade area has a population in excess of 264,000 people and an average household income of more than $155,000 within a one-mile radius. There is also over 2.5 million square feet of retail located nearby. “The property is located within Frisco’s ‘$5 billion-dollar mile’, a collection of mixed-use developments transforming roughly 549 acres of land in Frisco,” noted Wohl.

The property is leased to a wholly owned subsidiary of Pep Boys, Inc. (owned by Icahn Enterprises) under a long-term triple-net lease with annual rent increases. Wohl and Cunningham represented the seller, an affiliate of Pontus Capital, a private investment company based in La Jolla, California, in the transaction. The buyer, a private investor based in northern California, represented himself to complete his 1031 exchange.

“We procured nine offers on the property and closed escrow at 99 percent of the list price,” said Wohl. “Although we cannot disclose the sale price or actual cap rate, due to the quality of the property, its location and long-term absolute triple-net lease, the property traded at an all-time record-low cap rate for a Pep Boys sold outside of California.”

In Arlington, Texas, Hanley Investment Group’s Associate Austin Blodgett and Wohl arranged the sale of a single-tenant Pep Boys (formerly a Just Brakes) at 3031 S. Cooper Street. The 5,382-square-foot building was built on a 0.43-acre pad in 1978 and renovated in 2008. The absolute triple-net-lease lease, which is guaranteed by JBRE, LLC, a wholly owned subsidiary of Pep Boys, Inc. (owned by Icahn Enterprises), had less than six years remaining on the primary lease term with three five-year options with 10 percent increases.

“This property is minutes from the University of Texas at Arlington (43,000 students) and The Parks at Arlington Mall (22 million visitors annually),” said Blodgett. “This property benefits from over 85,000 cars per day on Highway 157 and features highly visible pylon signage. The Dallas MSA is a commuter market as everything is spread resulting in commuters making good use of their vehicles to get around. We were able to get a California investor to understand this, which is ultimately how they became comfortable with the asset.”

“There continues to be a rise in popularity of the do-it-yourself auto restoration and repairs,” noted Wohl. “People are holding their vehicles longer as the quality and technology of newer vehicles continues to increase their lifespan.”

Blodgett adds, “Single-tenant, absolute, triple-net leased auto parts and service stores remain an attractive investment that is resistant to economic turmoil and is a viable alternative for investors seeking high-quality single-tenant net-leased investments with little to no maintenance.”

Pep Boys Auto, founded in 1921, operates in the automotive aftermarket industry, providing services, tires, parts, and accessories throughout the United States and Puerto Rico. With more than 9,000 service bays in approximately 1,000 locations in 35 states and Puerto Rico, Pep Boys is one of the longest-running and world’s largest automotive parts retail chains.

In January 2017, Pep Boys acquired Just Brakes, a 134-store automotive repair and maintenance chain. Just Brakes is now a wholly owned subsidiary of Pep Boys. Pep Boys is owned by Icahn Automotive Group LLC, which was formed by its parent, Icahn Enterprises L.P., to invest in and operate businesses involved in aftermarket parts distribution and service.