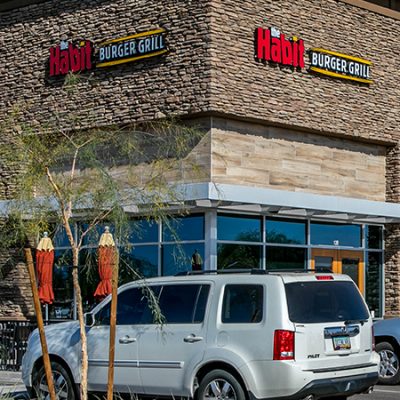 Asher and Lefko represented the seller, ECC Bell Road Property LLC based in Indianapolis. The buyer, a family trust based in Orange County, Calif., was represented by Pat Kent and Parker Walter of SRS Real Estate Partners in Newport Beach, Calif.

“The buyer acquired a pride of ownership investment at arguably one of the highest traffic signalized intersections in Glendale, Arizona,” said Asher. “The pad building is shadow-anchored by the highest volume regional mall in Arizona, which is a tremendous benefit to the property. There are over 1.57 million people in the trade area and 10.8 million visitors each year that visit Arrowhead Towne Center Mall; that is twice as many that visit the Grand Canyon.”

Lefko adds that the four-tenant pad building is located on a major east/west Phoenix corridor and features four brand-new, long-term leases with strong fixed increases (10 percent or 12 percent) every five years, which made this investment very attractive.

Asher notes that the property also benefits from the dense, affluent demographics in the area. The average household income in a three-mile radius of the property is $84,000 and there are over 296,000 people within a five-mile radius. The property is just four miles from one of the region’s most wealthy and sought-after neighborhoods, Arrowhead Ranch.

Glendale is in the northwestern part of the Phoenix MSA and is the sixth largest city in Arizona. The city also was ranked #1 “Emerging Travel Destination” by Trivago (2017); #5 “Best Midsize Sports City” by WalletHub (2018); and #1 “Most Diverse Suburb in Arizona” by Niche (2018).

The city of Glendale is an entertainment destination with 13 hotels with another three additional hotels planned or under construction and Westgate Entertainment District, a 23-acre, $1 billion sports and entertainment district anchored by Gila River Arena, home of NHL’s Arizona Coyotes. Adjacent is the State Farm Stadium (formerly University of Phoenix Stadium), the home field of the Arizona Cardinals in the National Football League since 2006, and the annual Fiesta Bowl college football game since 2007. The stadium will host the 2023 Super Bowl and 2024 NCAA Final Four; $100 million in upgrades planned from 2018-2023.

“As the retail investment market transitions forward into the second half of this year, trophy properties like this one in Glendale, Arizona, demonstrate that investors will continue to transact at premium pricing for properties with excellent real estate fundamentals in ‘A’ locations in major markets across the country,” Asher said.